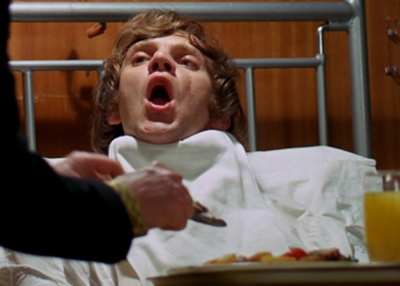 1. Malcolm McDowell's performance in A Clockwork Orange. This was the defining movie of my youth. I watched it many times by choice, but strangely, it seemed to follow me around, by being the second movie on in Double Features, when I had come to see another movie. After about 30 viewings I could almost recite the movie verbatim.

2. Joseph Conrad's Heart of Darkness. This story is so engimatic and mysterious to me that after having read it half a dozen times I still can't remember how it ends. It just leaves me feeling like I am going down this long dark tunnel.

3. Alice's Adventures in Wonderland by Lewis Carroll. Just the beautiful use of language and using the nonsensical to convey a message with complete clarity, that it is just beautiful. The illustration of the Jabberwocky still haunts my dreams.

4. The Strange Tale of Dr Jekyll and Mr Hyde. A great essay on fate. Despite the inevitable demise of the main character, every time I read it, I still believe that somehow he has a chance to turn back. So, even when life seems futile, hope is the essential ingredient which is why you can read the story over and over again, believing that somehow something good can come of this...even though you know it won't. It's the hope that keeps drawing me back. 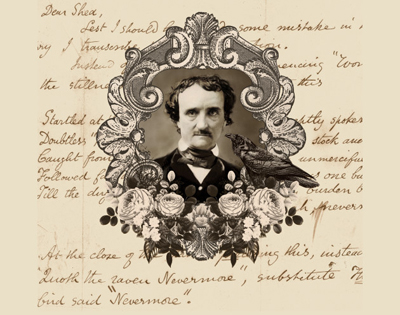 5. The Raven. Edgar Allen Poe. DREAD. Short and simple. It is the most realistic expression of Alcoholic Withdrawal symptoms I have ever read. Nothing is going on. Yet still, the reader and the author are paralysed by fear, with no resolution.

6. J.S. Bach. The only composer that I can honestly say I can listen to absolutely anything he has written, and be transported, without fail.

7. Ludwig Van Beethoven. Maybe this is what first attracted me to the character "Alex" in A Clockwork Orange. This is something we both had in common. Our love of Beethoven. "Like a great bird had entered the room...." (his description of Beethoven's music). I currently live on an Ocean going yacht and the only music I have brought with me is Beethoven. His piano sonatas were some of the things I most enjoyed learning to play when studying piano at an early age.

8. Rime of the Ancient Mariner by Samuel Taylor Coleridge. Behind the metaphor is possibly the nearest thing I have read to the Autobiography that I am yet to write. It is the nearest I can come to giving an explanation of why I continue to labor to write songs and record albums. It seems like a curse that can only be lifted by forever telling my story to everyone and noone in particular. 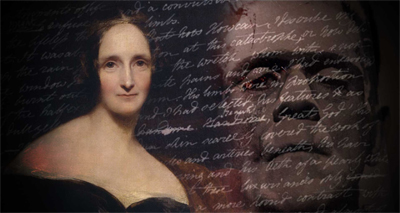 9. Frankenstein. Mary Shelley. It's a bit like creating music. You try to create something magical and then spending the rest of your days regretting it and then wandering to the ends of the earth, tracking it down and trying to kill it.

10. Gustave Dore's illustrations from Dante's Inferno. This is the nearest expression I have seen to capturing the idea of Mystic Transport (which I have craved since I was a child).

[Read it in greek here]