And also the "family" tree 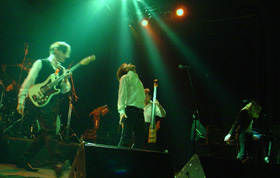 Some of them -in acoustic form- also appear in "When the rains come", the new album of And Also The Trees, already released through the band's website, at the stores on the 8th of June.

Nota Bene. The name Shantell came from a grave I saw with that name on it in a local graveyard that had been covered with small toys and gifts from other children. Then, like most of the AATT characters she became someone else that carried that girl's name. 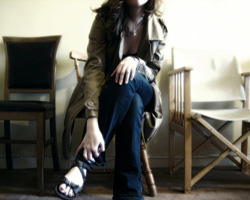 Name: Lucy
Accommodation: a room. Unknown location.
A nice place she would go: Too many to mention.
Obsessed with: Unknown.

NB. Lucy was inspired by a girl from Bristol who used to write to the band when we first started. Her letters were amongst the first 'fan' letters we had. I replied to her (as one of us used to to all our letters, even when we got quite a lot) and we started a correspondence that lasted over ten years. In fact I still keep in touch with her from time to time. Again, she inspired the character - the character then became someone else. I like these characters to be open to interpretation, many of them remain a mystery to me despite a feeling that I have 'known' them on a certain level quite intimately. I only know so much about them though and can't pretend to know more. Apologies if that sounds like I'm taking things too seriously.

NB. This is an old anonymous rhyme taught to Justin and I by our grandmother when we were small children.

Name: -
Aka: Slow Pulse Boy
Something he has lost: I don't know.
Something he might find under the shining sun: Tomorrow

NB. A few years after writing the lyrics for this song we went to Belgium for the first time. In the streets of a French speaking town I had the feeling that the scene that is described in 'Slow pulse boy' would have taken place somewhere very similar. 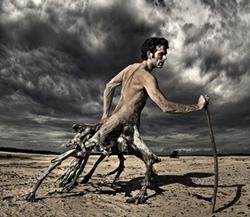 NB. Someone asked if this was influenced by Jack Kerouac, but this walking Jack has nothing to do with the wandering beat author. It was supposed to be like a nursery rhyme although when I read the book Narcissus and Goldmund recently (for the 3rd time) it struck me that I was clearly influenced (in my own simple way) by that novel when we wrote this song... and a few others at that time actually.

Name: Vincent Craine
Home address: Unknown, but either in Great Britain or somewhere quite far North. The house stands alone in wide open, undulating countryside
The woman he locks his arms around is: His woman
Best place to watch the sunlight: The rooms at the back of the house, both upstairs and downstairs rooms

NB. The name Vincent Craine is from my imagination, it isn't written about a 'real' person.
Name: -
Aka: The headless Clay Woman
Last thought: We can see her but we don't know her thoughts.
Favourite constellation: The great bear comes to mind as it's also known as the plough in English, but perhaps that would make it her least favourite. Cassiopeia would also be inappropriate. Maybe, like me, she has a close feeling for Orion.

NB. I imagined the headless clay woman inhabiting the fields around a solitary farm house that I could see in the distance from my old bedroom window back in Worcestershire.

Name: Unknown
Nickname: Simple Tom
Favorite dance: Doesn't know the names of any dances.
One thing he'd change if only he could: He would change many things if he thought he could. But he knows he can't. 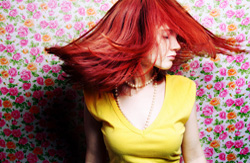 NB. Jenny Bailey was taken from an unused film scenario written by Dylan Thomas for a film about the infamous 19th Century grave robbers and murderers Burke and Hare. Jenny Bailey was a 'street girl'. Simple Tom is my addition. Of course it's much clearer to me now what is wrong with these songs and lyrical ideas than what is right. But that's life.

Name and title: Count Jefferey
Nationality: Not sure, probably somewhere North.
He sorely misses: This I don't know.
He's afraid of: Retribution I should think.

Induced by a poem by 18th Century poet Christopher Smart called 'My cat Jeoffry'. Justin started playing this very dark guitar line over an electronic blip, I picked up a book of poems and happened to open it at this page, I didn't read the poem but let my eyes occasionally fall down onto the page and catch a few words. The cat of course became a count and count Jefferey was born. Although he is almost like a character from a fairy-tale his presence at times has been quite strong. Quite disturbing.

Name: Unknown
Aka: The Sandstone man
What makes him happy is: slow erosion
Favourite sky: I don't know, he has seen many skies many times and I imagine in some way he loved them all.

NB. A heavily eroded sandstone figure, I saw in the Victoria and Albert museum put this idea in my head. The rest came from the music. The words "sometimes the sky is full of birds, but mostly it is empty" is one of my favourite AATT lines. 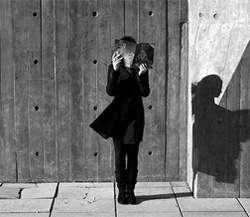 Name: Jacob Fleet
Religion: Never struck me as a religious man
Does he use a compass?: No, he uses the sun
If he wasn't a man, he would be: A shadow

NB. Based on a character who one used to often see walking the lanes of Worcestershire in his suit and trilby hat. You saw him all over the place, alone and purposefully walking... where?

Name and title: Prince Rupert
Favourite time of the year: Spring
Biggest crime: This is not for us to know.
Most common position in bed: I suppose on his back.

NB. This character has nothing to do with Prince Rupert of the Rhine, he is from my imagination and the music.

NB. Cat Stevens song.. yes, we all see her differently and understand the words in our own way.

Name: Unknown
Aka: The dust sailor
A harbour he would go back to without second thought: Perhaps Milford Haven perhaps Marseille.
A tattoo he wouldn't wear: Your guess is as good as mine.

Name: Unknown
Aka: The woodcutter
Most common lie: She meant nothing at all.
Whose name he would never forget: She didn't have a name.

NB. One of the most complicated and worst lyrics I've ever written... it took weeks and weeks of thought, alteration and rewrites. 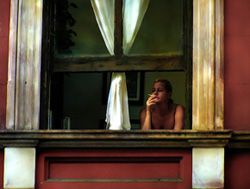 Name: Genevieve
Her lovers call her: Vieve
A book she has read twice: The book of laughter and forgetting.
A thought she makes every day: I might have done more.

Names: Unknown
Aka: Mermen of the Lea
Favourite song: Nothing you or I have heard of.
Have they ever met anyone named Andersen?: We don't know who they've met - not even sure if the mermen are regional or global. Could be that they are very old and have met an unimaginable number of people. But this is only supposition, we know little about them.

NB. One of my favourite lyrics, which predictably enough was written in less than an hour.

Name: Unknown
Aka: The soul driver
The car he drives is: Limousine
He would choose as a fellow traveller: You, or me

Name: Rose-Marie
Aka: -
She plays with fire when: I don't think she's playing with fire
She wants to leave because: that's really up to you to decide

NB. This song, and a few others from that album come from an environment that I'm not comfortable in. I didn't like going there much and when I go back i don't like to stay for long.

Name: -
Aka: The man who ran away
If he ever begged, he'd beg for: Don't know, it would have to be something very important.
Lightening is like: negative blinking

Name: -
Aka: The Untangled man
A wine he would suggest: A good, light, dry, Italian white
Right now he might be: unravelling 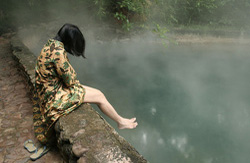 Name: Mary of the woods
Hair colour: changes with the seasons
Favourite game: Solitaire
A quality that makes her hard to find: Silence

Name: Unknown
Aka: A man with a drum
His heart drums crazily when: Don't really know how his heart behaves.
He smiles when: He feels like it.

And Also the Trees

Dirty Beaches Wet dreams are made of this

Dirty Beaches Wet dreams are made of this (eng)