I didn’t think about having a ‘career’

The past and the future of Dr Robert through his responses to thirty written questions that he was invited to answer.

Actually, when you started your career could you ever imagine that in the year 2021 you would be still playing live and release a new record?

No. I had no idea and I didn’t think about having a ‘career’. 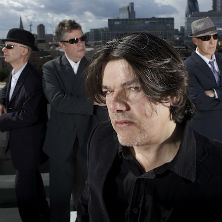 Although your new record “Journey to You” was created during the lockdown, it apparently has the good old 80s funky, soul and jazzy feeling of your sound. Is it nostalgic about the old days?

Not nostalgic no. It’s just what we do. I tried to distil it into pure ‘us’.

How does it feel that you can finally play live again?

It’s my favourite part of the whole process. I love to see the whites of their eyes.

Can a musician be productive throughout the pandemic?

Of course. I am quite a hermit really so it was no great change for me.

What about the current situation in the music business? Does the fact that it is now easier for somebody to release a record really make things better?

Yes. The process is more accessible. You needed money to get into a studio before. But it’s still about having ideas.

Many times, creativity has more or less been connected to alcohol or drugs. Can a musician, as he is getting older, be equally creative, if he chooses to stay away from these?

For me creativity has never been related to alcohol and drugs. They just get in the way. I love alcohol and drugs and sometimes they can help open up new channels but ultimately, it’s all within and without. 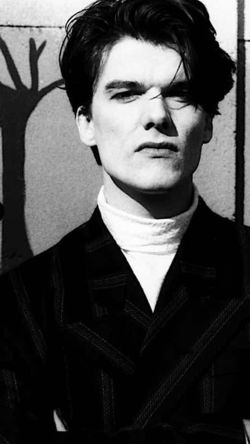 Can a musician nowadays make a living out of his music? Can record sales, downloads or gigs prove enough for it?

Is it crucial for a musician, who wants to be successful, not to have a proper job?

Yes. You have to give it everything.

Is it possible for a musician to be inspired when he lives a happy and quiet family life, or does he have to experience difficult situations in order to write good music?

You just have to have your ears and eyes open. That’s all.

Can good music be composed under record company pressure for the charts?

Not in my case.

In the long run, is it a blessing or a curse to have some of your songs on the DJs play-lists?

Is there a song you wished to have been yours?

Would you ever like to be a member of another band? I think I know the answer (ha, ha!): Black Sabbath?

Sly and the Family Stone.

How important are style and the looks in music?

It’s all part of the spell… but ultimately worthless. 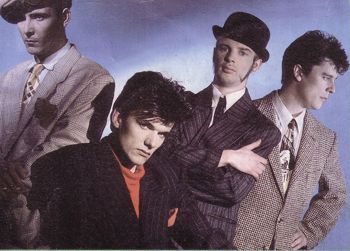 What do you miss the most from the 80s?

Everything But the Girl or Swing Out Sister?

Since you spent some of your teenage years in Kings Lynn and Sydney, could you tell me what do you think about the 80s Australian garage rock and, possibly, could you mention a few bands that you liked?

What are the criteria to make your decision either to be a band member or to pursue solo career?

What did The Blow Monkeys mean to you?

After the “Springtime for the World” came the winter for the band, which led to its split up. What has changed in the meantime, so that you decided to reunite and continue successfully?

From the beginning you made clear that you support the Tories. I’m joking, I’m joking! I have the impression that, back in the 80s, to consciously support or reject a political party could, up to a point, imply your political status. But nowadays that parties have more or less similar doctrines, how can you criticise them?

I agree. And I have moved past caring about political ideologies. We have bigger fish to fry.

You were a part of the Red Wedge movement together with Paul Weller and some others. If all these bands decided to play again for a similar reason, who would be the “Grocer`s Daughter”?

You have mentioned as influences Marc Bolan, Curtis Mayfield, dance and punk scene, obviously referring to its more melodic side of it, as expressed by the Buzzcocks. Do you believe that your inspiration probably would have come to an end, if your music horizons had not been so open?

Maybe. Open mindedness is certainly a key to progression.

How can you describe the sound both of your solo recordings and those with The Blow Monkeys with other than music terms?

The sound of anxiety quelled.

Which of your collaborations do you consider as the most important for your sound?

All of them I learned so much from. 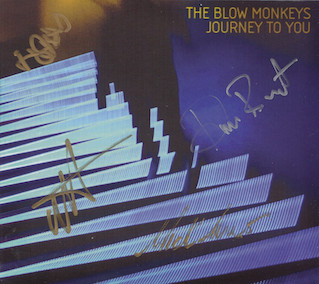 What if a musician changes his mind about the lyrics he has written and is asked to play the song in his gigs? Has it ever happened to you?

How do you choose the subjects of your lyrics?

I don’t. They choose me.

I have to admit that “Realms of Gold” is my favourite album of yours. Not only for its excellent lo-fi 8-track machine feeling, but also for its soul. I am very glad to have my copy signed by you! How did you feel, when you suddenly put down the computer and picked up the acoustic guitar?

Relieved and rejuvenated. I needed to get to that place.

Can you recall anything from your collaboration on this album with the excellent musicians Paul Weller, Mick Talbot, Rhoda Dakar (Special AKA) and Marco Nelson (Young Disciples)?

We recorded in a tiny studio in Leamington Spa. My friends were very supportive. That’s what it felt like. Jamming with friends.

You have stated that music is connected with love. What do you mean exactly and “What is love, anyway?”

What is love? Ask Nik Jones or Howard Kershaw?

The Black Angels Wilderness of Mirrors

The Afghan Whigs How Do You Burn?

Moonface Julia with blue jeans on