The Sound never set out to be a commercial band 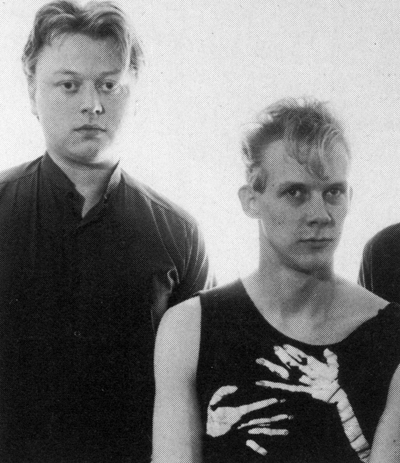 The sound (of silence) has been for decades the attitude of the great bassist Graham Bailey (Greene) in everything that had to do with the band, but he made for us an (honorable) exception…

Let’s start from the end… Rumor has it that you didn’t want the band to split up in 1987..is that true and if so, do you think that there still was good potential for the band to go on?
That's a coincidence as that was exactly how I began my Facebook group, the first post was "the end". The last gig in Holland was definitely the end, almost literally, we had spun out of control, not just Adrian, other than Dudley, he quit drinking long ago. He had had enough and quit the band. On returning to England we auditioned a couple of drummers, I don't recall who they were. We went into rehearsals with one. But Adrian wanted to completely change the direction and go "acoustic". No thanks not for me, so I quit. I'm not sure but I think Max did a few appearances with Adrian after.

You had been creating music with Adrian since 1976. Would you say that your relation was mostly that of two friends and not merely professional?
So we grew up on the same street from age 9. We became "best friends" pretty soon after our families moved into the new housing development. We went to the same school at first, so were pretty much inseparable until Adrians parents put him in a private school. We still maintained a solid friendship and spent many hours "messing around" with 2nd layer. He had formed a band at his school, as I did at my school. Both bands played together at a local church hall once. Our friendship changed on the formation of the Sound, becoming more of a business relationship. We remained on friendly terms up until the early 90's.

As time progressed and Adrian had to face more and more personal demons, did that probably affect your mutual relationship in the end?
I can't really answer that other than to say, I believe his condition wasn't helped by the medications he had to take, maybe later I will talk about what really happened. 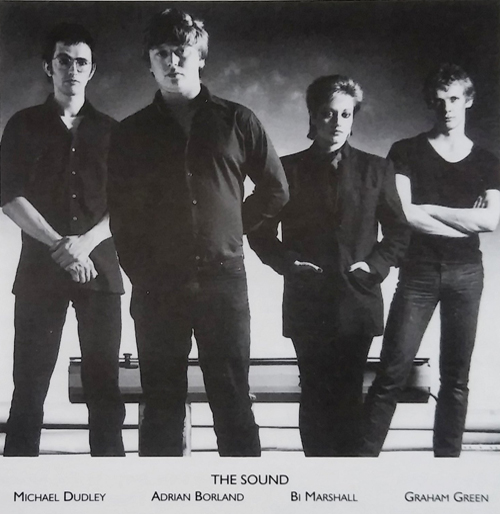 Are there times when you still strongly feel his loss?
Yes of course, at the end of his life we weren't on friendly terms at all.

Do you think that the band was unfair to Bi Marshall? Any regrets about that?
Definitely the way she was told, but she was/is a talented but classically trained musician which didn't really fit with our approach to composing, neither Adrian nor I had any musical "knowledge". Bi would ask "what key is it in" our response "no idea" or similar. She wasn't the best at improvisation, she had the skill but the training/education made it difficult.

You had always been rather ‘quiet’ in the band, seeming to be consciously avoiding any kind of spotlight.. does this have to do with character, ideology, attitude, a combination of all these or probably something else?
I wasn't really aware of that, but I would say I used to be quite shy, and didn't much care for "the spotlight" after leaving the band I did not feel I had any need to speak of anything.

There’s been a comparison between you and Peter Hook…what’s your take on that? What was your overall view of Joy Division as your peers?
I don't see any similarities in style, Peter Hook plays more like a lead guitarist on Bass. Possibly we may have been influenced by similar bands/musicians. I definitely see Joy Division as one of the best bands back then, I only ever saw them once, very compelling on stage. 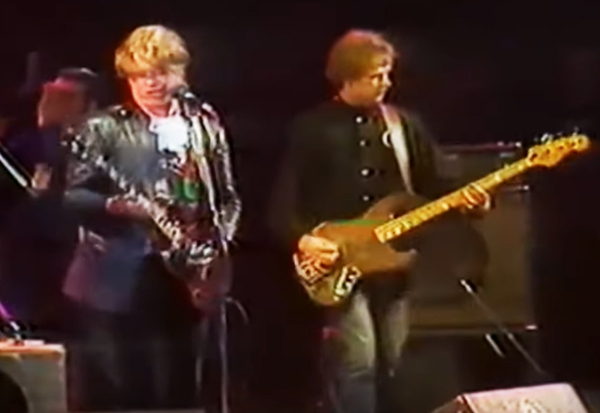 You seem firm in your view of The Sound as predominantly a live band. Was the stage indeed your favourite place to be and how did you feel about your interaction with the other members?
Definitely and as witnessed by live at the Marquee, other than ‘Jeopardy’ and ‘All Fall Down’, I found working in the studio was more work than fun. Rehearsals weren't that much fun either, other than when composing new songs. As far as The Sound goes id say that Dudley and I "gelled" as a rhythm section live.

‘From the lion’s mouth’ is undoubtedly the pinnacle of the band’s creations. Did you feel while composing it that you were really making something special?
Honestly no I had no thoughts, we were pretty happy with the songs that were going on the album. We weren't chasing fame and fortune, just making music we liked.

Apart from your connection with Adrian, you have stated that you were good friends with Max but this doesn’t seem to be the case exactly with Mike (even these days). Does this probably have to do with personality differences?
Not really thought about it, obviously Adrian and I were childhood friends. Max and I became good friends after the band split and we were working for the same lighting company. Other than the band Dudley and I had/have nothing in common. I have no idea what the issues are now, but we seem to be on "the opposite sides of the fence" on just about everything. 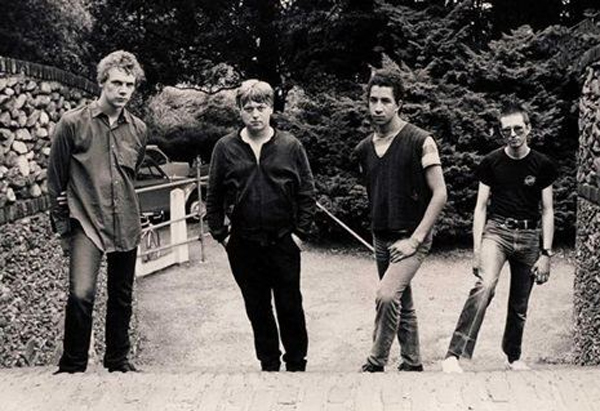 Was the band’s commercial failure something that let you down? Do you think that you also (as band members) handled some things in the wrong way concerning that..? Would you in retrospect act differently or it has never really bothered you?
So as you can't change what's done there really is no point in even thinking about the "what if's" and "why didn't we" so no nothing bothers me. There's always going to be things you wish you had (or hadn't) done but it's pointless thinking about that. As we (not sure if the "we" is everyone) didn't set out to be a commercial band, then we certainly didn't fail, in my opinion. My goal was to make enough to live on, which we did for almost two years. We made many "mistakes" as far as being "big" mostly I would say due to wanting to control everything ourselves. The only person we totally trusted was Mick Griffiths at Asgard, he stood by us from the beginning right till the end. And attended a lot of our performances.

You were much more popular in continental Europe (especially in the Netherlands) than in your own home. Do you have any explanation for that..? Are there places that you regret having not played with the band..? (your following in Greece by the way was quite strong since the days of ‘Jeopardy’ with ‘Can’t escape myself’ being almost a pop hit)
Actually it's an enigma, almost like we hit the ground running in Holland right from the first gig. No idea why. However after we started touring in Europe we definitely found playing in UK dull by comparison (other than playing The Marquee in London) would have loved to travel more and to other countries, including Greece, but it wasn't to be... 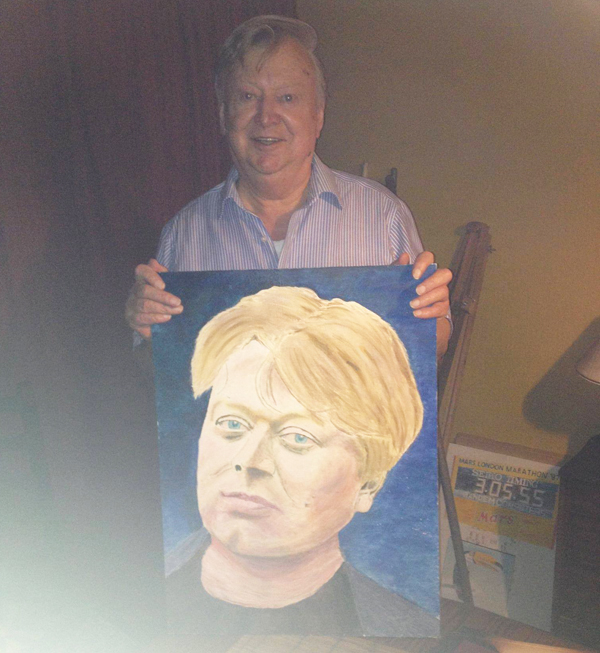 Finally, more than 30 years after, what is the main feeling inside you for that whole past process as a musician/artist? Are there still moments when you wish it hadn’t ended and you could easily grab your bass again or you actually just prefer it to be a memory of the past?
I would say we pretty much achieved what we set out to, writing songs, getting them recorded and released. Traveling a lot... and having fun doing it. If you asked 30 years ago, I would have said yes. Now it's no, I'm quite content. I've only just started reminiscing last year, with the Facebook group, but that's mostly "just because" of a friend suggesting "why not"…

Note of a past stroll in spring