"The Chills cannot just be called a band that only did good things in the '80s and '90s" - Martin Phillipps. By Takis Kremmydiotis 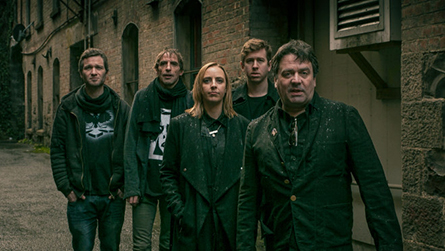 Following the recent release of "Silver Bullets" and the forthcoming (11/12) of the single "When The Poor Can Reach The Moon", Martin Phillipps, frontman of the most popular band from New Zealand, talks about the past and the future of The Chills.

- Hello Martin. It's great to have you back!

- Not only "America Says Hello", Greece also does! Are you aware that you have a devoted fan base here?

We played in Greece twice during the late 1980's and had a wonderful time and made many friends, especially the people involved with Hitch-Hyke Records (who released our albums there) and also their friends. I loved the Greek lifestyle and the food and the attitude to life and I hope we can play there again as we have been aware of the growing fan base for some years now.

- Τhe Chills, amongst other things, are one of the very few bands which have created a sound that blends pop and rock so uniquely, it is impossible to be denied by hard core rock fans. How come?

We have always tried hard not to sound like anyone else and that has resulted in many of our songs maintaining an almost timeless quality so they can still sound fresh to someone discovering the band for the first time many years after they were recorded.

- Can you tell me some of your influences that we could hardly think of?

Glam rock was one of the first musical styles to excite me as a child. That was when I heard The Sweet, Suzi Quatro, Gary Glitter etc but it seldom shows in my own songs although you could hear a bit of that in I Love My Leather Jacket. The so-called Krautrock bands like Can, Neu! and Faust were an important discovery and, later on, song-writers like Scott Walker, Randy Newman, Jimmy Webb, Nick Drake and others taught me what standards had already been established.

- Do you use music as a means to fight the darkness?

One of the central themes of the new album, "Silver Bullets", is about blows against dark and greedy forces by using music and action although not advocating violence. It does warn, though, that history shows violence to be inevitable when you force people into desperate situations. Music can also be a great healer in hard times of illness or depression. 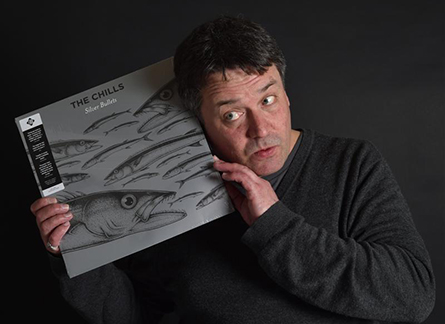 - Are hook-laden melodies crucial for a song to be loved?

I think the human voice is the biggest musical connector of people - even if you don't understand the language. Atmosphere and rhythm are next in importance but a good hook or a beautiful, powerful melody and an interesting structure can make the difference between a song you will remember and an equally important song that you don't.

- Is it better for a musician to do what he knows best or experiment with new sounds?

I think it is best to be true to yourself and not feel you have to work with uncomfortable styles just because they are popular at the time but I also think most serious musicians are always pushing themselves to try new things anyway or, at least, to do the best with what they are capable of.

I hear musical ideas and record them - at present I use my iPhone for that, and I write down ideas and lyrics and start trying to find successful combinations in my mind. I like to contrast a musical atmosphere with a lyric which doesn't really fit but, in fact, creates a brand new atmosphere.

- What does it mean for your band and your music not to be forgotten?

I am thrilled and relieved that the new album is being so well received because it means that, finally, The Chills cannot just be called a band that only did good things in the '80s and '90s. I think some of our music will still be around touching people's lives long after we are gone and that is the most I can ask for.

- Your recent release "The BBC Sessions" reflects the power of your music. What can you recall from your time with John Peel?

Although we did meet John Peel later at a gig in Belgium where he was DJ, at the time of the BBC sessions he would not attend the recordings as they were done days in advance of him broadcasting them. It was wonderful to meet him and I am thankful for the support he gave us in the early years and I am very sorry he is not here now to hear the new album.

- It almost took twenty years for the new record to be released. Do you feel like starting over?

Although I have never stopped writing or performing, now that we have some real support behind us it is as though I have rediscovered the thrill of making new music and I am already looking forward to pushing the boundaries a bit with the next album. 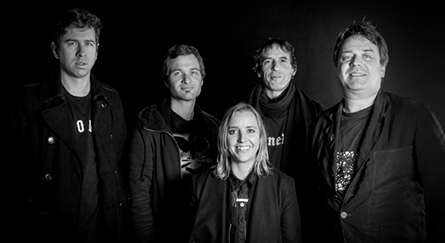 - Is there a sense of freedom recording your fifth album nowadays, when you have a loyal fan base and you don't worry so much about success?

We recorded this album to satisfy ourselves and we believed that, in doing so, we had the best chance of pleasing the old fans and the newer ones too. I wanted the album to connect with The Chills' sound of old but also to sound like a modern recording and I believe we have accomplished that.

- So that is why, although "Silver Bullets'" material is new, it definitely has a touch of your sound during the 80's.

I think I now have a recognizable writing style whether I am aware of it or not. I didn't want 'Silver Bullets' to sound like a completely new direction but I am looking forward to stepping outside of my comfort-zone for the next album.

- Although all versions of "Molten Gold" are excellent, I prefer the one in "Silver Bullets". Which is your favorite version and why?

The first recording of Molten Gold for the single release was done when the song was very new and then the song kept developing after that so it seemed that it was the right thing to do to re-record it for the album. I believe the new version is much stronger and much closer to what I was after and it also fits the overall themes of the album.

- Apart from the band tours, you are going to play some solo shows. Are you going to perform the band's songs?

I have become much more comfortable with my solo shows over the last few years as I have usually missed having the power of the band behind me to cover up my mistakes! There are many of my songs that will not work without the band but I am also learning to experiment with quite different approaches with some songs and find other ways where they still work.

- If I may, I would like to ask you some questions about the past. Why were there so many changes in The Chills line-up?

Mostly it was band members realizing that they could not make a living from music in a band on the wrong side of the world so they got other careers. I only ever had to fire two people and that was because their playing was not up to it. The current line-up has been together for many years now and works well.

- Was it okay back then to leave Flying Nun and sign to Warner Brothers? Could "Submarine Bells" be the same if you hadn't made this "step forward"?

Flying Nun was not in a position to help maintain the international growth of our career during the late '80s and moving to a major label was the right decision. We learnt so much from that but, unfortunately, no-one had predicted the huge changes the music industry were about to go through and we were caught up in all that chaos and lost our momentum. 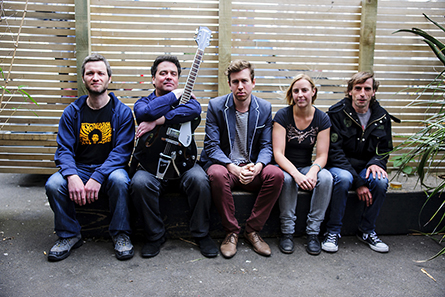 - How did it feel like to live in Dunedin and be successful in Europe back in the 80's?

Dunedin is a wonderful and creatively stimulating place to have as a home-base but it is important to get out and see more of the world and experience the unexpected in culture, arts and music. Our travels back then had a big impact on the range of new styles of material we tried to make. It was also wonderful to see that the music we were making in New Zealand was connecting with people all around the world and it still is very rewarding.

- Do you still "love your leather jacket" or are you in a "pink frost" situation?

I still love my leather jacket and it has now featured in three museum exhibitions but I have put on too much weight to wear it so I just keep it safe. I hope I am never in a "Pink Frost situation" because that song was about someone accidentally killing their girlfriend while they were asleep!

- After 35 years of existence, do you consider the difficulties that the band experienced as blessings or real obstacles?

Everyone experiences obstacles and set-backs and it depends whether you learn from them or let them defeat you that makes the difference. We stayed true to our own path and ideals and learnt a lot and one of my few regrets is the amount of time we lost over the years and the recordings which never happened because of that.

- You've stepped out of depression and drugs. Who or what was your guide?

Something finally changed inside me and the healing began and a number of wonderful people stepped up to make sure I got the right advice and help. Music has also been a huge part of the recovery process.

- Are "Silver Bullets" made to kill a werewolf and whom specifically?

Vampires, werewolves, evil politicians and greedy heads of corporations... they are just a symbol of the need for firm, decisive action in these troubled times.

- Thank you very much.

Σινέ-MiC The Chills - The triumph and tragedy of Martin Phillipps

Patti Smith Group “Because The Night” belongs to “Horses”