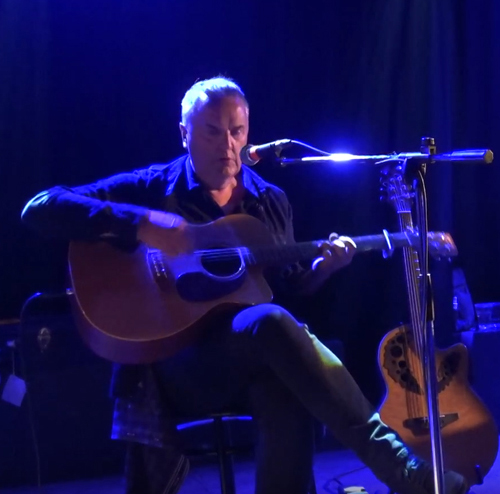 Martyn Bates reveals moments from his poetic and unbroken music circle of his past, present and future.

What kind of music plays in the soundtrack of your dreams?
It is quicksilver, fleet, mercurial, invisible and ever-present. I can walk, talk, smile and frown in it, but I can’t control where I am going, and neither would I want to. On a more pragmatic level, both my dreams and my head are usually full of the music that I’m making currently, the music that I’m really excited about. I’ve been doing lots of new music with Alan Trench in Twelve Thousand Days. We’re just finishing a new album “The Birds Sing as Bells”, crammed with lots labyrinthine, wyrdplay music. The music that Alan and I make, it speaks of folk-musics and psyche stuff too. Ιt’s rooted with the willow trees and away with the spirits of the air at one and the same time. I’m really excited about this new album, I have to admit. Also, I’ve been making new Martyn Bates solo music, under the name of Kodax Strophes. Klangalerie have just put out a brand Kodax Strophes new album entitled “It Doesn’t Matter Where its Solstice When You’re in the Room”, its filmic, mostly instrumental, chaotic, raw and full of cinematic color. I made sure that there was at least one song in there, however – as I still believe in song, as a medium, and as a metaphor.

From the early days of the distinctive sound of Cherry Red Records, Eyeless in Gaza were a part of it. How important do you consider the fact that your first steps coincide with the heyday of independent record companies?
Politically and sociologically you just had to be there to know that moment of freedom and unlocking. Other new moments just like this will arrive, although they will be in an altogether different guise, no doubt … 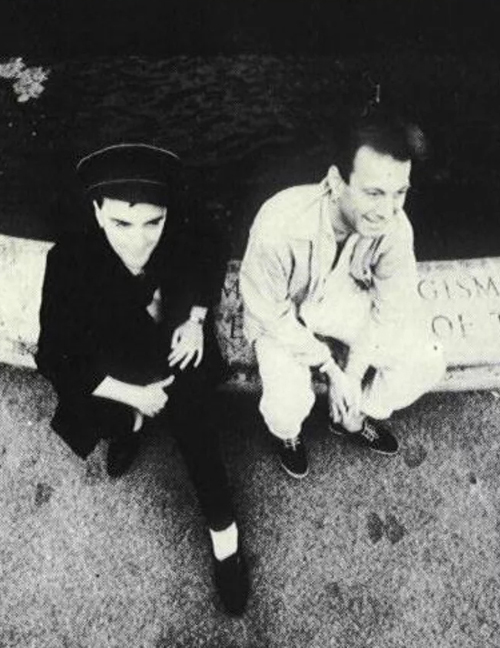 Do you believe that in your case the price you would have to pay, in order to be more popular, would mean that you would have concessions to make you did not intend to?
There was a spell back then … when, like my contemporaries Swans, Psychic TV, SPK etc, I made those concessions and, just like them, I found that I could not exist that way, I was not capable of doing that when I tried. I couldn’t make art that way, for one thing … it takes a different mindset, a different set of skills.

You have stated: “I still feel like an outsider (in music) – always have, and probably always will”. What do you exactly mean?
I have authority issues. At the core, I am something of a loner, I guess. That’s why I only ever work with one other person, maybe with two others. When I’ve tried larger groups I find I am lost and diluted and I just can’t make it work!

What if Eyeless in Gaza consisted of more members and were not basically a duet? Would there be a possibility for you to become a conventional band with guitar, bass and drums?
No.

How easy was the collaboration with Anne Clark for you, having grown up musically only with Peter Becker?
Not so, I had a life before Pete Becker, you know!

It is said that, if a hobby is turned to a day job, then it ceases to be so exciting. The fact that not only you, but also Peter, had day jobs when the band first started was a kind of necessary evil or a decision made on purpose, in order to keep the music exciting?
When I think deeply about this question, it no doubt reflects upon my true inner state of mind, and my inner concept of what it is to be ‘professional’. Being a ‘professional entertainer’ is real, and it demands much of a person. I need to protect myself because I can’t help but give so much of myself away, due to the nature of my art. There are thus all kinds of “necessary evils” and, well … maybe you have to play one of those hands every now and then. 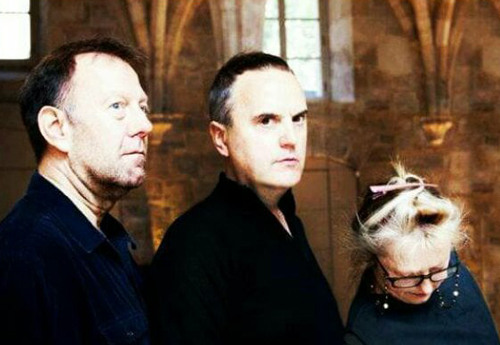 Is Robert Wyatt one of your main early influences? Could you please state a few other?
I don’t much like to do this ‘naming of influences’ any more to be honest – not really, as lazy journalism will often fixate on whosoever I name. I will name just one person, however: Laura, Laura Nyro. Otherwise, it’s a pretty much a shifting picture…

Eyeless in Gaza contributed to the compilation album “Further Perspectives & Distortion - An Encyclopedia Of British Experimental and Avant-Garde Music 1976-1984” with the song “John of Patmos”. Are you also inspired by religion?
Everything. Everything I do is spiritual in some way, all the words, all the music. After all, I’m alive, I can’t help but be spiritual!

Do you believe that inspiration is an artist’s new conception or that it resides in him, waiting to be awakened by certain feelings or situations?
Immanence is the key.

Now that so many years have passed, which phrase or lyric do you think that expresses better the music of Eyeless in Gaza?
“One star shapes you” - then you know.

Dividing music in several styles, although necessary, it surely can be risky. Through the years, your music has been considered as post punk, ambient, avant-garde, avant-folk, experimental or dark wave. How do you feel about it?
It is all music. The only term you mention that does not chime with me from your list is “dark wave’. I deny it and I refute it. 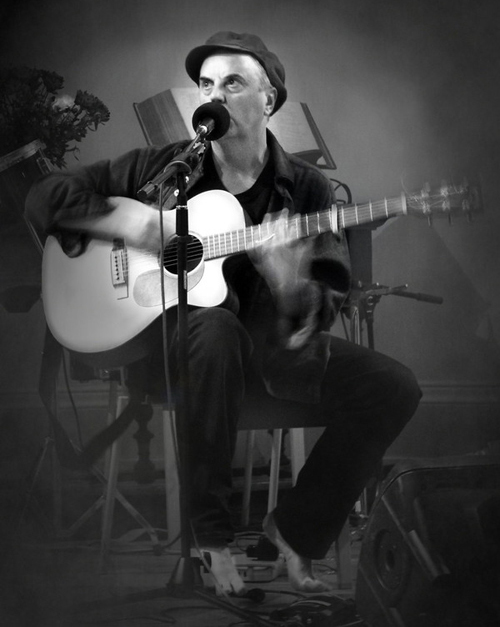 You tend to break the traditional forms and explore new ways of expression. Are you also influenced by the 70s or do you consider them obsolete?
I was a child growing up in the seventies. Everyone is formed by their environment, good and bad. How can time be obsolete?

Undoubtedly your music can unfold all its dimensions to every listener, but mostly reveals itself to the sophisticated one. How can a musician, who creates high quality music, accept the fact that it is difficult for him to be famous?
“Mostly I just stroll along the path that he is taking…”. In truth, at times I find it heartbreaking, then at other times, I feel glad that it is so! I used to say that I am forever doomed to exist in a twilight world of my own making. Maybe it still rings true, and that, well it’s no bad thing for me after all, you know…

Your music has a bittersweet sensation, which oozes dignity and sensitivity, having your voice as the main instrument. How do you choose the subjects of your lyrics?
Telepathy. pre-cognition, divination, extra sensory perception, second guessing. It is just amazing what I unearth like this… the catharsis, the self-discovery.

Many times, you seem to observe things through the eyes of a poet, in a way that the lyrics prevail over the music. What does poetry mean to you?
In some senses it means everything, just everything. It’s all poetry, isn’t it? All of it.

The majestic “Pale Hands I Loved So Well”, at least to my ears, sounds as a “bridge” between the sound of Cherry Red Records and 4AD. Do you consider it as your most emotionally charged record?
Interesting! Eyeless in Gaza were offered the opportunity to work with 4AD when we began. We chose Cherry Red, because we believed they would let us produce our own masters and develop our music without interference, and at out our pace. And that was true, for a while there … 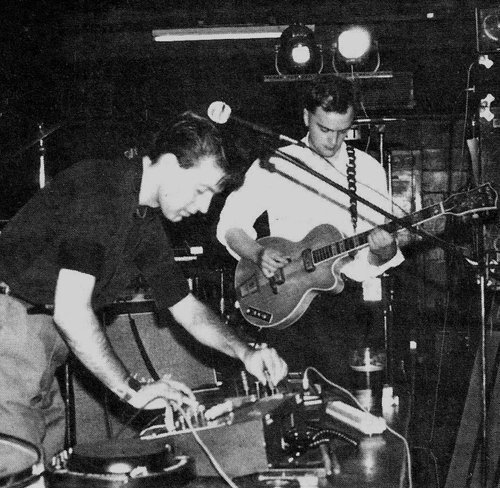 The release of “Ink Horn/One Star” hardly avoided to coincide with the difficulties that arise from the pandemic and relate to the promotion of music. Which, do you consider, is its most negative impact on the way a musician tries to communicate?
Lack of physical contact. Otherwise, I elect to believe that there’s something to be learnt from every situation. I refuse to feel f…ed over.

Every song is unique. However, it is possible for it to be covered in such a way to become something almost completely different. How much are you interested in covers and which song would you choose to interpret in the near future?
This has been happening recently with Twelve Thousand Days, as in the “Field’s End” album, 2020 and I love it because there are just so many songs that I love, and that I would love to sing. There are moments when I am almost tempted to throw my lot in with the school of thought that says before speech came song… By way of example, I’ve just finished making a ‘live concert’ recording, an intimate performance, in a quiet setting, of the No-Lockdown site. My performance isn’t listed here yet, but it is due to be published the second week in April. For this session I’ve recorded two cover versions: Licorice McKechnie’s “I Know You” and Sydney Carter’s “A Glass of Water”. Also, I’ve been known to sing a version of Judy Collins’ setting of “Priests” (V/A - “Cohen Covered”, 2008).

Would you ever try to cover Reluctant Stereotypes songs?
No, never. It’s enough that I ruined that band.

It is a fact that one of the most expected questions in an interview has to do with various top lists. Most of the times, unfortunately, the person interviewed chooses not to answer them either because he does not want to disappoint anyone or he might regret his choices. Leaving aside this particular point of view, would you like to choose three songs from Eyeless in Gaza and three from your solo albums, which would not be your all-time favourite, but only the one you wanted to listen to just for now?
Sounds like a trick question, or rather, that’s a tricky one to answer, so I will just say the songs of mine that I like to hear now. Martyn Bates: “I Said to Love”, “World’s Eye”, “Adam & Eve & “Pinch Me”. Eyeless in Gaza: “One Star”, “Wide Open”, “Gulls Crying”.

Moreover, would you like to tell us which are the five 80s records you would take with you on a desert island?
None from the 80’s, probably! Actually, I’ve loved all sorts of musics from the day I was born. I am a massive fan and follower of the music, I discriminated/select/attune, but I’m crazy for any and all music - really .

Could you share with us a few songs that you liked recently?
“Dark Star”, “Wee Tam & the Big Huge”, “Ummagumma”, “The White Album”.

Most of the times your music seems to refer to the cinema. Could you mention some of your favourite movies?
“Gone to Earth”, “Red Shift”, “Orlando”, “Head”, “The Devils”, Rashomon”, “Withnail & I”.

Music is an endless walk. If that walk leads to an end, what could that be?
The circle has no end. The circle is unbroken.

Finally, I would like to tell you how appreciated you are by many people of my country who are involved with music. I imagine that it must be very soothing for you to know that you are one of the main people responsible for the music that plays in some of our precious memories.
Thank you very much.

The Black Angels Wilderness of Mirrors

The Afghan Whigs How Do You Burn?