Australian '80s was a time of magic and adventure 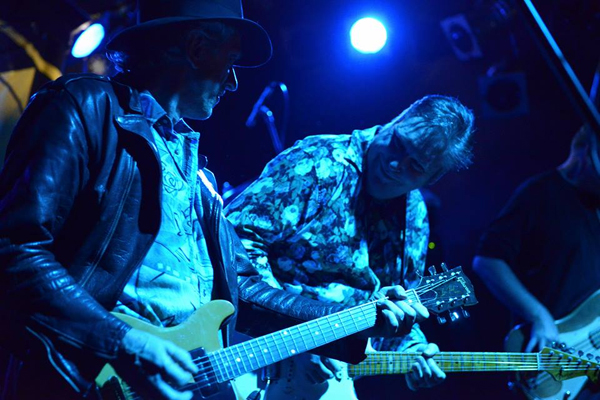 Talking with Richard Burgman, you simply understand that those “Days are (never) Gone”

I have to be honest from the beginning: I have a huge "Trouble in My Brain" to read that the Sunnyboys were a power pop band. Are you ok with this?
No problem. Labels are bandied about all over the place. They tend to be exclusive rather than inclusive, and therefore restrictive, so I don’t subscribe. Call us what you think we are.

How would you call the whole fantastic Australian music scene of the 80s? Please note that, in case your answer is not “garage rock” I will cry…
In the 80s garage rock was definitely massive. Simple songs played with intensity and purpose. It was a time of explosive exploration and lots of different styles were well represented. Garage, punk, ska, hard core, grunge before the label “grunge” was invented, power pop, and everything else you can think of. We had it all.

Could you recall how the sound of the Australian 80s took shape?
I would call it a time of magic and adventure. All the ingredients were in place. Inner city rents were cheap, you could survive on the dole and part time work, and live music was the preferred entertainment option of youth. Lots of pubs put on lots of live music, hundreds of bands started up, of all types, and with the advent of music television, and small, independent record labels we young, hungry musicians were able to give it our all. 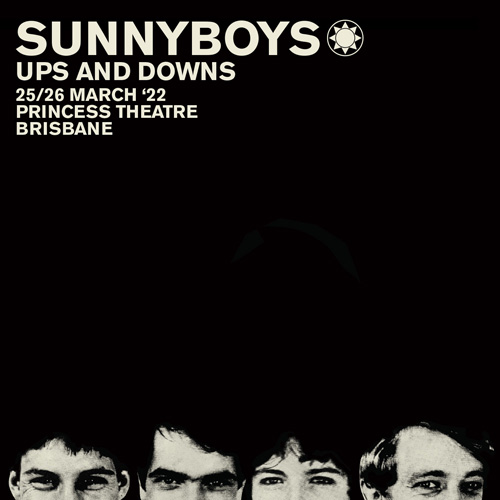 I read that on the 23rd and 24th of October you are performing in Brisbane with the Ups and Downs and on the 26th of February you are performing in Bribie Island. How do you feel that you are going to play live again, after all those restrictions imposed by the pandemic?
The Brisbane shows in October have been moved to March 24th and 25th 2022. Covid. Bribie Island is still on as far as we know. I am so looking forward to playing again. It’s been really tough watching the pandemic wipe out all live shows.  Heartbreaking. Hopefully we can get back to some sort of normal soon.

How different are these forthcoming gigs compared to your first ever, that took place on the 15th of August 1980, when you supported The Lipstick Killers and Me 262;
Our first gig was something I’ll never forget. We were complete unknowns, playing original songs, and we were low on the bill. We carried our own gear on and off the stage, and I think we earned $100.00. We had been together and learning Jeremy’s songs for just two months, but we pulled it off. We played well, and the crowd responded. It was a good start. These days we are the headline act, or we’re high on the bill at a big outdoor show, and we have all the equipment, crew, management, and family support we could possibly want. We play to full houses. It’s very exciting and fulfilling. The people we have been working with and for us are amazing. We couldn’t do it without them.

Is it true that you were giving away copies of the EP “Happy Birthday” after your gigs?
On the first anniversary of our first gig, in July 1981, we played two nights at The Sydney Trade Union Club, and as a gift for those attending, we gave away copies of the four track 7 inch ep we had put together and had pressed. That’s the one and only time we did that. 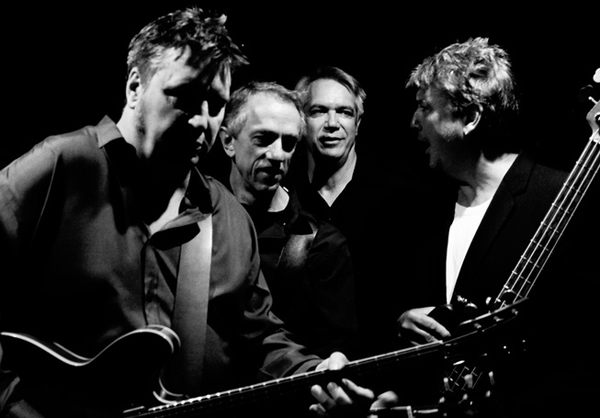 How important was the role of Mushroom Records in your first steps?
Mushroom Records were very important. They were very keen to sign us and adopted us enthusiastically. We used them to get our first album recorded, released, and promoted all across Australia.

How was working with Lobby Loyde?
Lobby was so good to us. He believed in us, he was in awe of Jeremy’s guitar playing, and he thought we had what it takes to be something special. He got us with Mushroom Records, he produced our first ep, our first and second albums, and he, in partnership with Sally Collins, was our manager. He was a product of Australia’s rock music in the sixties and seventies, and he was a legend amongst guitarists. His influence was profound.

Due to not only the number of sales, but also the quality of the songs, your platinum debut is considered your most important record. Do you agree?
I love all our records. The first album, as you suggest, was the most successful, and we draw heavily from it when we play live. Most important? That’s really subjective.

In Greece we got to know you from the double “Days are Gone”, which contained your first two albums. Would you like to tell me five songs from them which you mostly enjoy playing live?
Ah. The Closer Records release. I love that. Playing live I like “Trouble In My Brain”, “Happy Man”, “My Only Friend”, “Tunnel Of Love”, “Let You Go”. 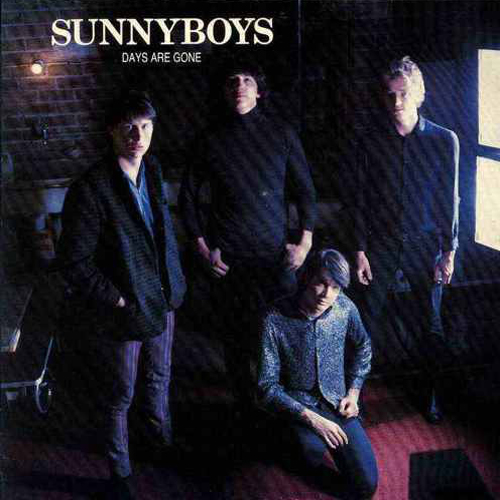 Which are the most requested songs in your gigs?
“Alone With You”, “The Seeker”.

You were a band that had two brothers, while most of its members had already worked together in Wooden Horse. This sounds very positive, but, in some cases, it has proven to be equally negative. In any case, what makes the members of a band stay together for many years?
We have in common a real love for the music, for the songs, and for the way we play together. It’s amazing to me that we sound just the same after all these years. We bonded immediately when we formed, we learned the songs really quickly, and we so enjoyed playing them. The other guys in the band are a joy to play with. It was true then, it’s true now.

Which were your favourite Australian bands of the 80s?
Le Hoodoo Gurus, X, Paul Kelly and the Coloured Girls, The Saints, Weddings Parties Anything, Eastern Dark, The Triffids.

Which song of that era do you wish to have been yours?
“Always, Always” by The Saints.

It has been said that with “Get Some Fun” you tried to give a British feeling to your sound. Do you agree with that and, if yes, did it deliberately happen?
We were trying to be contemporary, and British sounds were everywhere, so there was some of that. We weren’t deliberately seeking a British sound, but its influence is there I think.

Why did the Sunnyboys of the RCA and the “Wildcat” break up so soon?
That was a mistake. Jeremy was fronting various bands at the time, none of which were doing particularly well. His schizophrenia was making him very hard to work with as well. His manager at the time decided to call his next band Sunnyboys to get him back in the limelight and make some money. It didn’t work. The band was so so, the songs weren’t really there, and Jeremy was going off the rails in public. People really didn’t like it, and the venture eventually sputtered out. 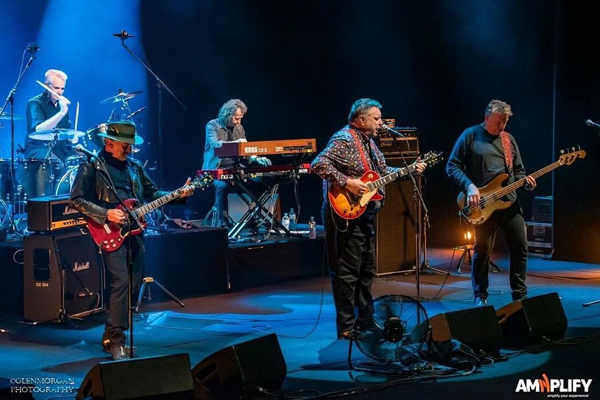 After a long period of time, you returned with your original line-up as Kids in Dust. Why didn’t you use the name Sunnyboys?
We hadn’t played together in twenty years. Jeremy has schizophrenia. I lived in Canada. Peter and Jeremy were asked if they would do an acoustic duet at a little pub as part of the 2011 “Dig It Up” festival put together by Tim Pittman. Jeremy’s response was “No, I don’t think so. But I’ll do electric!” So, we got organized. With Tim Pittman as our manager we flew me out to Sydney, did three days of rehearsing a 45 minute set, and then did the show. We called ourselves “Kids in Dust” because we had no idea how it would go. It could be great, it could be a disaster. Announcing ourselves as Sunnyboys would have been setting ourselves up for failure, so we used the other.  At the time it was the worst kept secret in Sydney. As it turned out it was a triumph. Jeremy was amazing, and we were at our best.

After all that you have experienced with the band, what do you need to be a "Happy Man" at the moment?
To be a Happy Man I need to be playing. Also live music, theatre, the movies, are all mediums I love, so go away covid and let us all play!

AA Williams As the Moon Rests